Daz Buckley’s Bedazzled is a musical, magical and hilarious look at life through the eyes of magician, illusionist and sleight of hand expert Daz Buckley.

Enjoy the mystery as Daz takes you on a comedy tribute to the legendary master magician Houdini. Marvel at illusions added just for this festival show and performed by Daz for 40 years in his lifelong search for magic, wonder and art. Sit tight as a spectator’s signed playing card is caught….on a chainsaw… whilst he’s blindfolded ! This and much more, as Daz Buckley’s Bedazzled is one of the funniest and most original new shows in 2017.

Fresh from a successful run at the Brisbane Anywhere Festival, and directed by internationally acclaimed master magician Jay Scott Berry, Bedazzled has captured audiences attention with its fun and original magical presentations, and is sure to be one of the hits of the Melbourne Magic Festival in 2017. Melbourne, and the Melbourne Magic Festival, may never be the same after being Bedazzled. And neither may you.

“I look forward to bringing my original brand of family fun and magic to everyone in Melbourne, but please get in early to guarantee a seat. You really don’t want to miss Bedazzled. I really hope to see you there!” 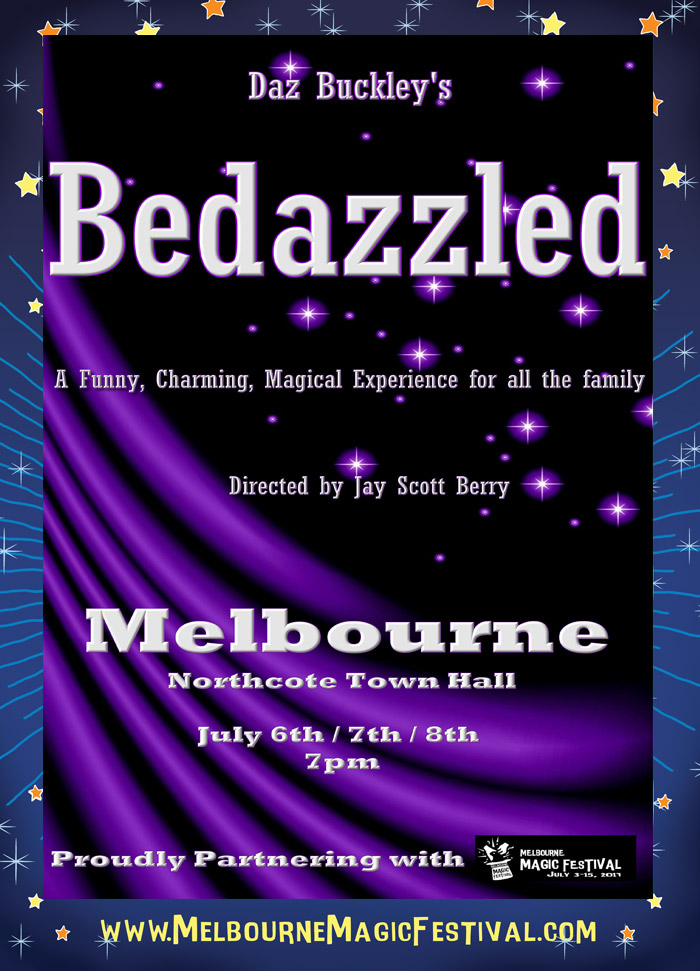